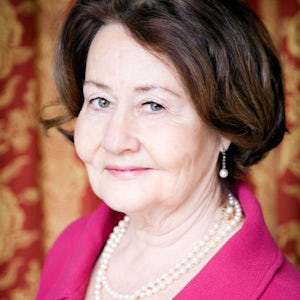 Recently, it has become clear that practical routines that increase closeness between parents and children, such as having your baby skin to skin after birth or being with your baby the first few days after birth, so-called rooming in, have a positive impact on the future relationship between parent and child. Contact between parents and children is facilitated, they smile more at one another, and they understand each other’s needs without words. They also connect more easily with one another – they get help developing a safe connection. Another effect of all this closeness is that parents and babies relax – they become calmer, their stress levels fall, and some types of stress are better managed. Closeness also stimulates the bodily systems that increase nutrient uptake, nutrient deposition and growth.

This is not to say that new parents and their children who have had a lot of closeness at the beginning of their lives are constantly happy or feel good and are calm. There is another side to the coin: The more you love someone and experience associated positive feelings, the more anxiety and concern you might feel in certain situations, such as when you are separated. Parents are not only willing to defend their children at every price; they may also feel a great deal of anxiety and worry that something will happen to their child.

Oxytocin forms in special nerve cells in two cell groups: the supraoptic nucleus and the paraventricular nucleus, both found in the hypothalamus. Some of the nerve cells that produce oxytocin go to the pituitary gland and then release their oxytocin into the blood, for example during childbirth and breastfeeding (but also during sex for both parties). There are also oxytocin nerves that instead of going to the pituitary gland go to important control areas in the brain. When these nerves release oxytocin inside the brain, this can affect various mental and physical functions. Oxytocin nerves, for example, reach many areas of the brain that control our social interactions. Oxytocin reduces our fear of other people, which increases our will and ability to engage in different types of social interaction. This stimulates nurturing maternal or parental behavior. It also increases the interplay between individuals in pairs or groups. Some oxytocin nerves reach the reward center of the brain and can create well-being. Others reach the areas of the brain that regulate stress, and one very important aspect of the broad pattern of the effects of oxytocin is that it reduces stress. This occurs because it decreases both the concentrations of the stress hormone cortisol and the activity in the sympathetic nervous system, which increases during times of stress. On the other hand, activity increases in the parasympathetic nervous system that forms the other branch of the involuntary or autonomous nervous system, which activates processes related to rest, digestion, healing and growth.

Oxytocin from nerves in the brain also reduces pain and inflammation and stimulates healing processes, including some parts of the immune system, such as T-cell activity. Oxytocin’s ability to reduce stress and inflammation and stimulate healing processes is attracting attention. Given its effects, oxytocin essentially could be described as a health hormone.

But how can closeness affect oxytocin levels? Well, the touch, pressure and heat that are created from closeness activate the sensory nerves in the skin. When these nerves are activated, information is sent to the brain, which in turn tells the cells that produce oxytocin to release it into both the bloodstream and the brain, thereby triggering a cascade of oxytocin effects. Thus, oxytocin, primarily via effects in the brain, creates the positive effects of closeness.

And these positive effects generated at the early stages of life are associated with another important aspect: they appear not to be temporary, but rather can be long-lasting. Animal models have shown that the effects of extra touch and closeness in newborns can last a lifetime. Studies of moms and their babies have also shown an increase in social skills and growth and a decrease in stress levels over a long period of time among those who experienced a lot of closeness early in life. This could mean, of course, that a lot of closeness at the beginning of life, via high oxytocin concentrations, potentially creates conditions for good mental and physical health in the future.

And the possibility of increasing activity in the oxytocin system through closeness extends well past the newborn phase. The only difference is that the effect per unit of time decreases over time, which of course can be compensated for through a longer period of closeness. For example, it has been shown that co-sleeping or carrying your baby in a shawl or carrier during your baby’s first year of life can have positive effects on social interaction, bonding and stress levels. This is because moms, dads and babies who are close to one another for extended periods of time experience a boost in the activity in their oxytocin system, in part because the skin nerves, particularly on the front of the body, are stimulated by parent-child contact. However, communication through eye contact, sound and odor signals naturally increases as well. This also means that carrying your baby in a shawl or carrier is not only practical, but in the long run it could also have a positive impact on the relationship between the parent and child.

Thus, it is possible to assign an evolutionary, developmental perspective to the effects created by early closeness between parents and newborns. Of course, mothers have always lifted their newborns and held them against their breast to provide nutrients, closeness and protection. The newborn then creates a feeling or perception of the quality of their new life outside the womb with the help of their senses, not least via the skin on the front of their body. If the mother’s skin feels warm and comfortable, the newborn perceives or interprets the world around them as safe and full of resources. Newborns adapt to the good life ahead by boosting their oxytocin system. As a result, they enhance their ability to engage in friendly, social relationships, slightly reduce their stress levels, and stimulate the systems in their body that regulate growth and maturation.

Based on your location we have the following
shipping region for you: